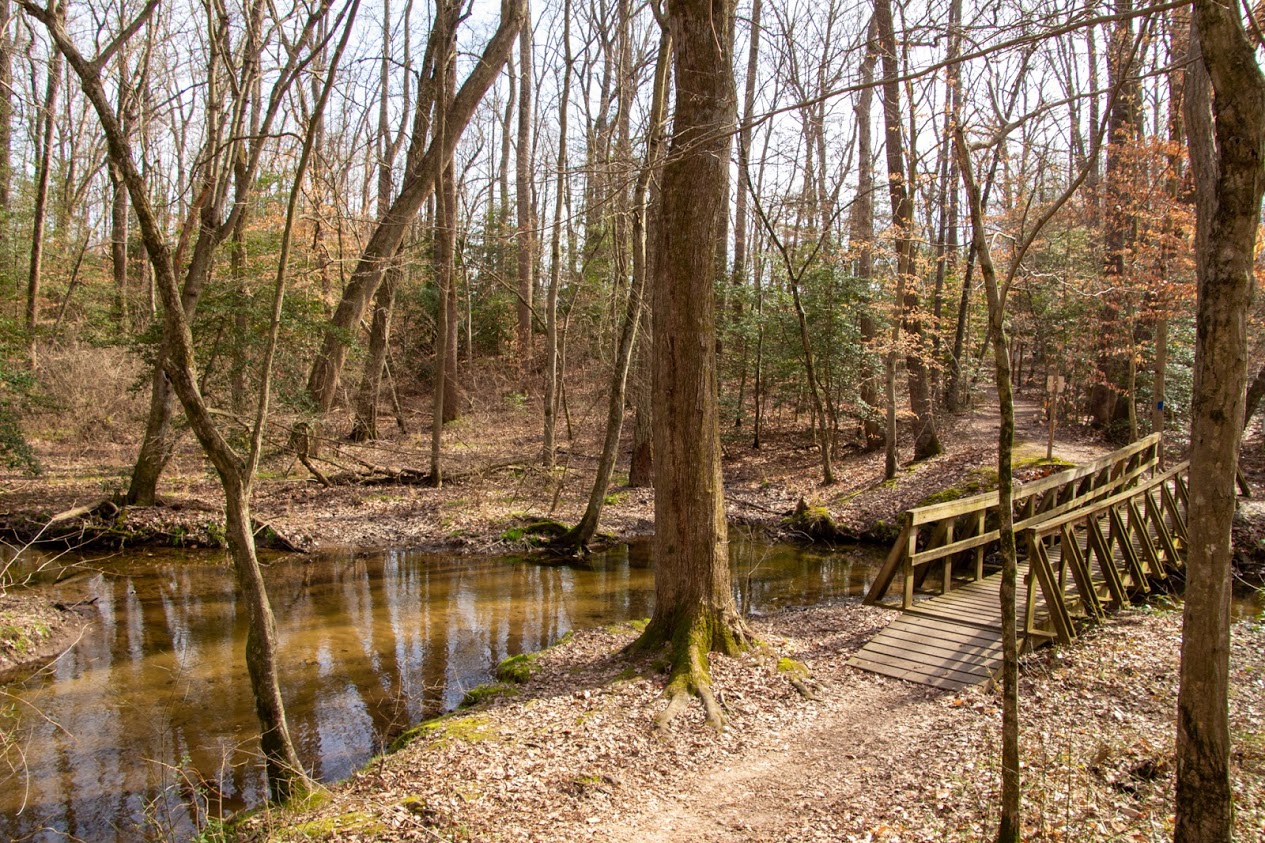 By Christina LippincottFebruary 20, 2020No Comments

On Sun., May 17, Adkins Arboretum will celebrate the 40th anniversary of its official opening with free admission and cake all day! The public is invited to visit and join in the celebration.

Spring is a particularly beautiful time at the Arboretum: frogs call from the wetland, and wildflowers bloom along the forest paths. Visitors may want to pack a picnic to enjoy before exploring the grounds. Children will love the gnome home and sandbox just behind the Visitor’s Center, as well as the nearby goat herd, wigwams and Children’s Play Garden.

Located near Ridgely in Caroline County, Adkins Arboretum encompasses 400 acres of native woodland, meadow and forest habitats. Five miles of paths crisscross the Blockston Branch, a small stream whose waters eventually flow to the Chesapeake Bay. Each year, some 18,000 visitors are welcomed at the Arboretum, which is host to a variety of environmental programs and events.

Known as “Recognition Day,” May 17 offers an opportunity for the Arboretum to recognize its primary benefactor, Leon Andrus. Andrus was a Queen Anne’s County philanthropist who loved trees. After a successful Wall Street career, he left his home in New York to settle in Maryland, where he purchased a local newspaper, the Queen Anne’s Record-Observer. Andrus eventually retired to his farm at Cheston-on-the-Wye, which had several champion trees.

On learning in 1975 that the Maryland Department of Natural Resources had plans to build an arboretum on the Eastern Shore, Andrus donated 1,200 shares of Alcan Aluminum stock to initiate the project. Revenue from the sale of the stock enabled the state to create a special fund to be used exclusively by the Arboretum. Andrus asked the state to name the Arboretum for William Adkins, his trusted lawyer and friend.

Adkins Arboretum is located within Tuckahoe State Park. In 1998, the Arboretum’s Board of Trustees was granted a 50-year lease by the Maryland Department of Natural Resources. This lease gives the Arboretum’s board and staff full responsibility for operating and funding the Arboretum as a non-profit organization.

An arboretum—pronounced “ar-bor-ee—tum”—is a place where trees, shrubs and herbaceous plants are cultivated for scientific and educational purposes. Adkins Arboretum defines itself as a place where native trees, plants and community grow.

Andrus, the man who loved trees, lived to the age of 101. In honor of his long and fulfilling life, the Arboretum has set a goal of 101 new members for its spring membership drive. The drive will kick off at the reception for the Arboretum’s March 8 Yarn Storming event and will end on May 23 at its Jazz at Woodland’s Edge concert. Membership benefits include free admission throughout the year and discounts on programs, events, native plants and gift shop purchases. New members will receive a $10 discount when they join during the drive.

To learn more about Adkins Arboretum and Leon Andrus, visit adkinsarboretum.org or call 410-634-2847. The Arboretum is open Tuesday through Saturday from 10 a.m. to 4 p.m. and Sunday from noon to 4 p.m.