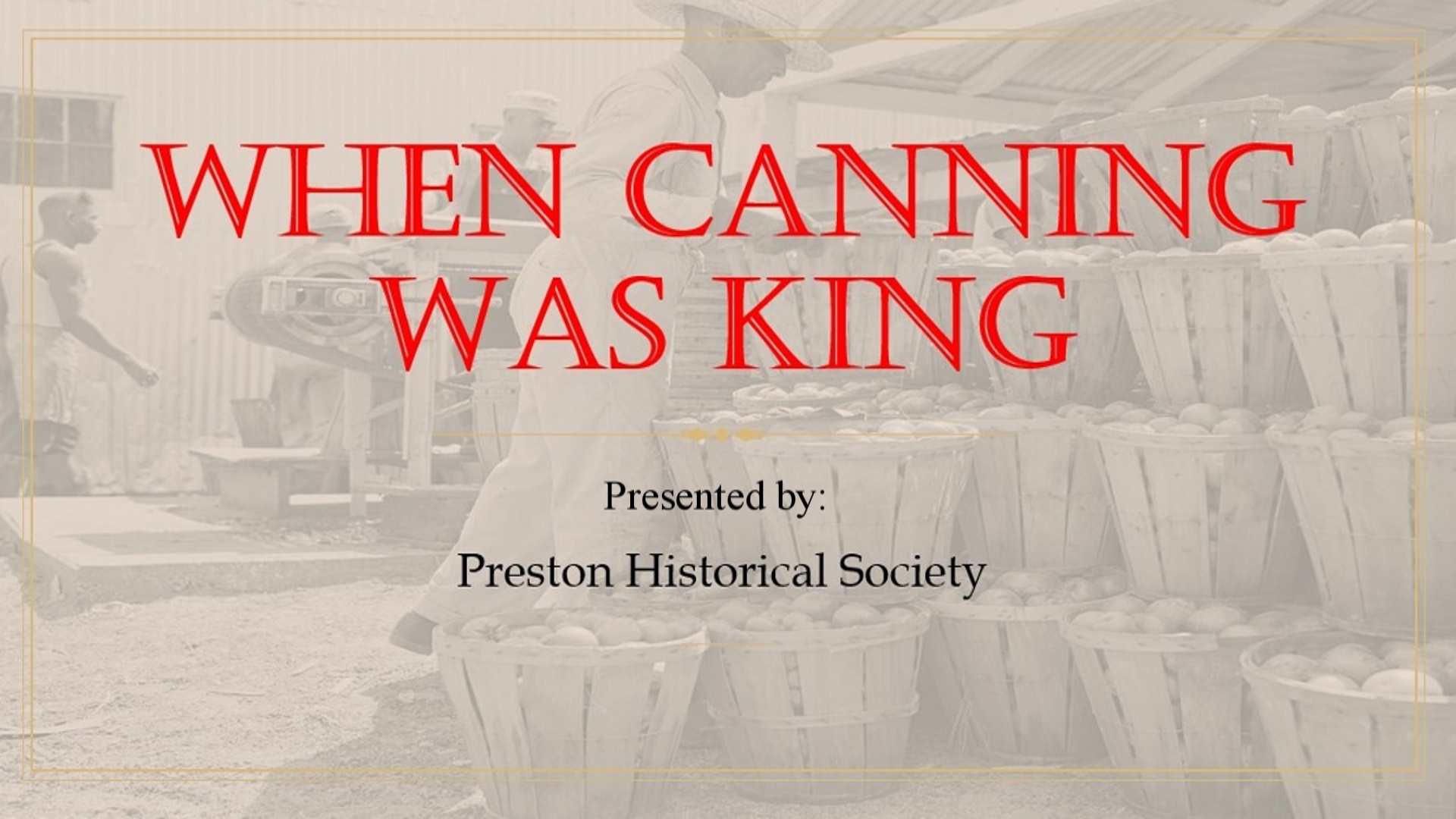 When Canning Was King: A Documentary by the Preston Historical Society

The Preston Historical Society will host a premier showing of their latest video production, the documentary “When Canning Was King,” at its membership meeting on Monday, October 21, at 7 PM. The story of the canning industry in Preston and the surrounding areas is told by way of interviews with locals Dick Christopher, Gene Harris, James Hubbard, Lorenzo Hubbard, and Virginia Sharp, and with photographs and published accounts.

The industry grew up at the turn of the 20th century, reaching its peak in 1920, when 41 canning houses could be found in and around Preston. While the canning business faded away due to changes in farming and technology, another industry it helped create, truck brokerages, which were instrumental in helping move the canned goods out of Preston and into markets around the country, still thrives in the region today.

The creation of this documentary was funded in part by Stories of the Chesapeake Heritage Area. Gail Karge served as Project Manager and provided narration, Producer and Script Writer for the documentary was Angela Rieck, Linda Fletcher provided a character voice, theme music was provided by Robert Karge Sr., videography, editing and a character voice was provided by Warren Brey of In Focus Video Production.