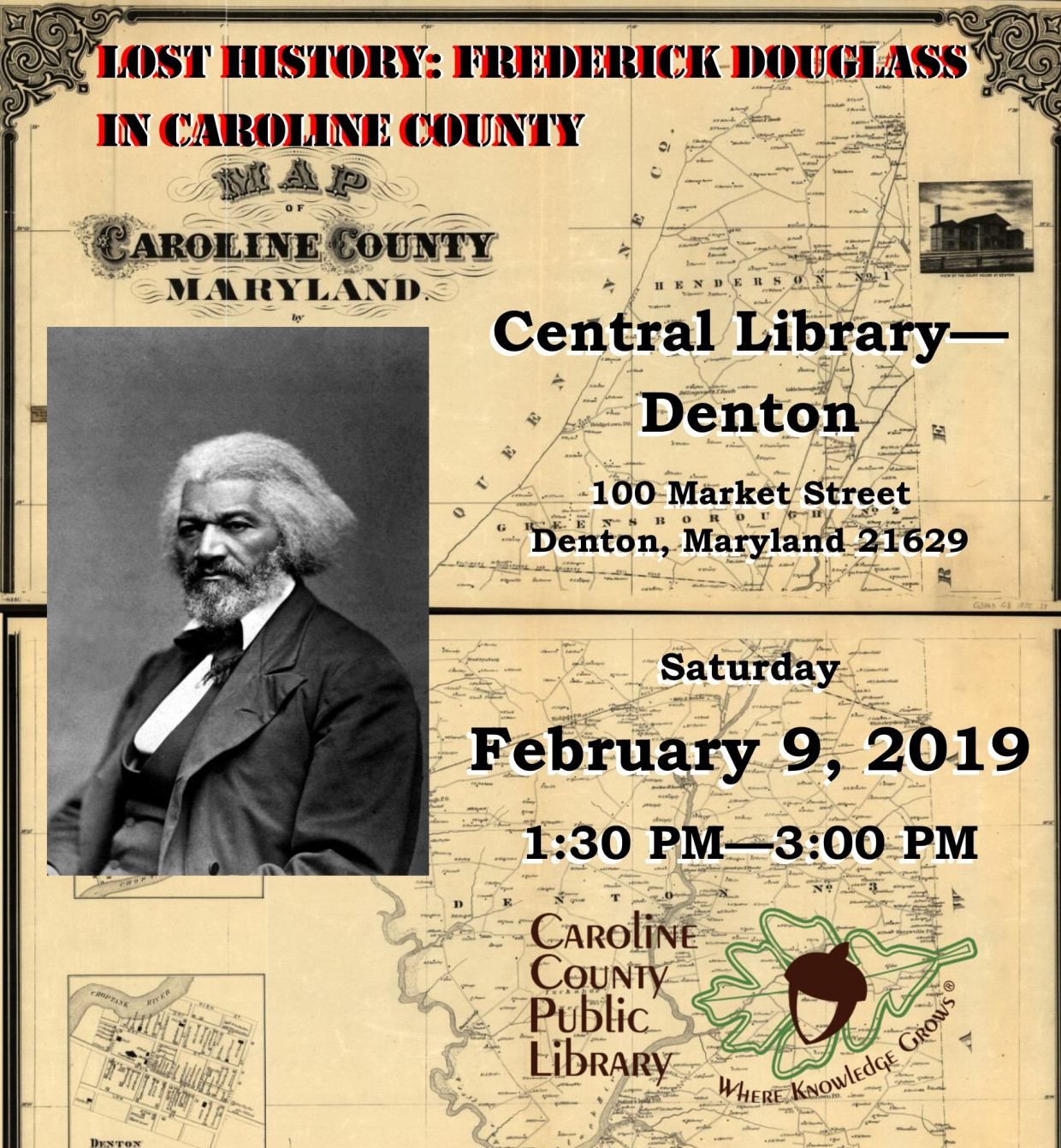 In recognition of the consequential Eastern Shore history of Dr. Frederick (Bailey) Douglass, a special presentation will be made on Saturday, February 9, 2019 at the Caroline County Central Library in Historic Denton, Maryland detailing a previously unknown visit Douglass made to Caroline County in the fall of 1883.

With the Frederick Douglass Bicentennial being celebrated and recognized throughout the country, and world, the local impact and significance of his life can often be overlooked. Based in Washington, D.C., local historian John Muller made headlines in the Star Democrat last September introducing and presenting research detailing previously unknown visits Douglass made to Cambridge in Dorchester County.

The subject of biographies and focus of manuscripts for generations, including Young Frederick Douglass: The Maryland Years by Eastern Shore historian Dickson J. Preston, the fuller and more complete story of Dr. Douglass on the Shore has yet to be told.

Join local history enthusiasts and community leaders for a debut presentation detailing a previously unknown high-profile visit Dr. Douglass made to Denton, Maryland, arriving by train, escorted through town by a brass band from Centreville, speaking at the old county courthouse and departing by boat.

Following the presentation will be a Q&A.

Denton Town Councilwoman Doncella Wilson, a native of Queen Anne’s County, will offer introductory remarks. Wilson is the founder of the FireFlies Denton, a community-based organization that recognizes outstanding youth and advocates, and serves in a variety of leadership roles and advocacy positions.

For more information on the program and/or directions please call 410.479.1343 or visit http://www.carolib.org/.