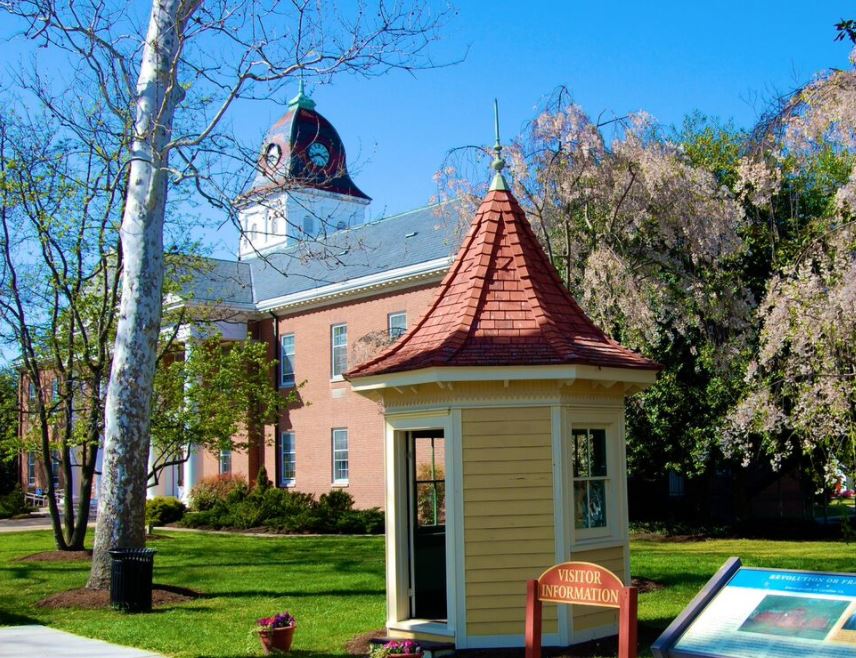 Although chosen by the Maryland legislature in 1773 as the county seat, the creation of Denton was delayed until word arrived in 1781 that the British were surrendering at the Battle of Yorktown. The current Romanesque and neo-Georgian courthouse (c. 1895) replaced the original courthouse (c. 1797) that was believed to have been designed by William Buckland.