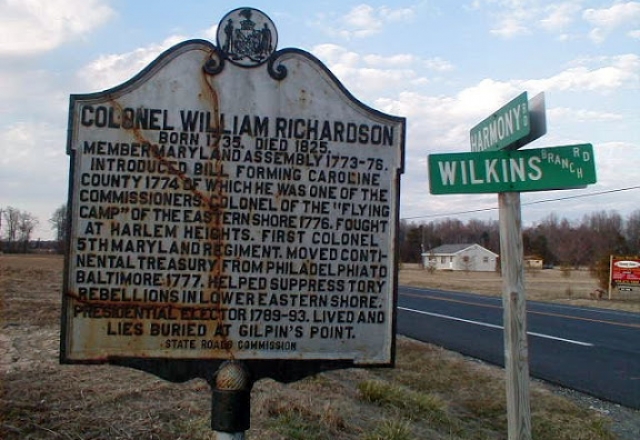 In 1776 Richardson’s 5th Maryland Regiment drove the British from the field at the Battle of Harlem Heights. This, the first victory of the Continental Army in a stand-up fight, restored the confidence of the previously badly-beaten American soldiers. Richardson later suppressed pro-British rebellions on the Eastern Shore before being captured and held prisoner in England until 1781. This idyllic spot was his home at Gilpin’s Point, circa 1765-1825.