Shore Shakespeare Presents As You Like It at Adkins Arboretum

Shore Shakespeare Company opens its spring season with three performances of the sparkling comedy As You Like It June 1, 2 and 3 at Adkins Arboretum in Ridgely.

Directed by Christian Rogers, As You Like It is a compelling romantic adventure in which Rosalind and Orlando’s famous courtship plays out amid political rivalry, banishment and exile in the Forest of Arden. This light and most delightful comedy presents Shakespeare’s send-up of the pastoral genre popular during Elizabethan times: nobles abandoning court for the country, learning wisdom from the locals and returning refreshed and invigorated. In this, the Bard’s comedic version, the basic features are retained but are used as a backdrop for an exploration of love in all its many forms. All comes right in the end, of course.

With unforgettable characters, sparkling wit, slapstick comedy and eclectic song and dance, As You Like It has it all! Bring a chair or blanket, a picnic and a sense of humor for this entrancing game of love, lust and mistaken identity. 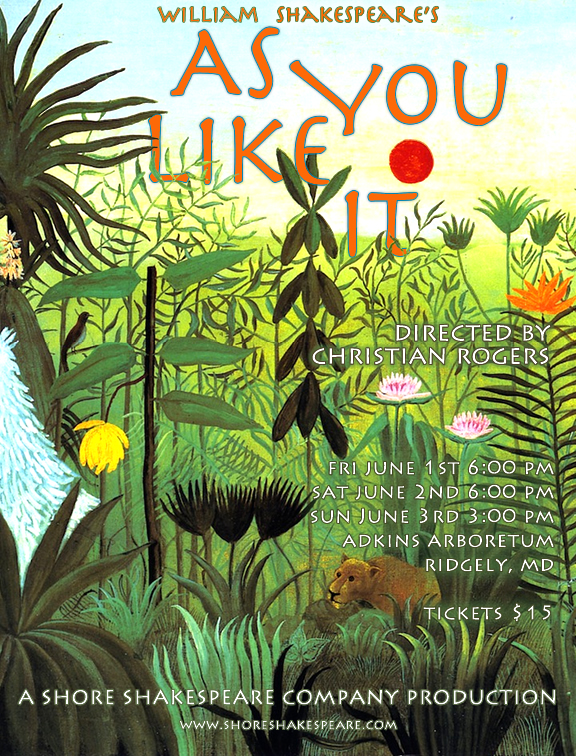