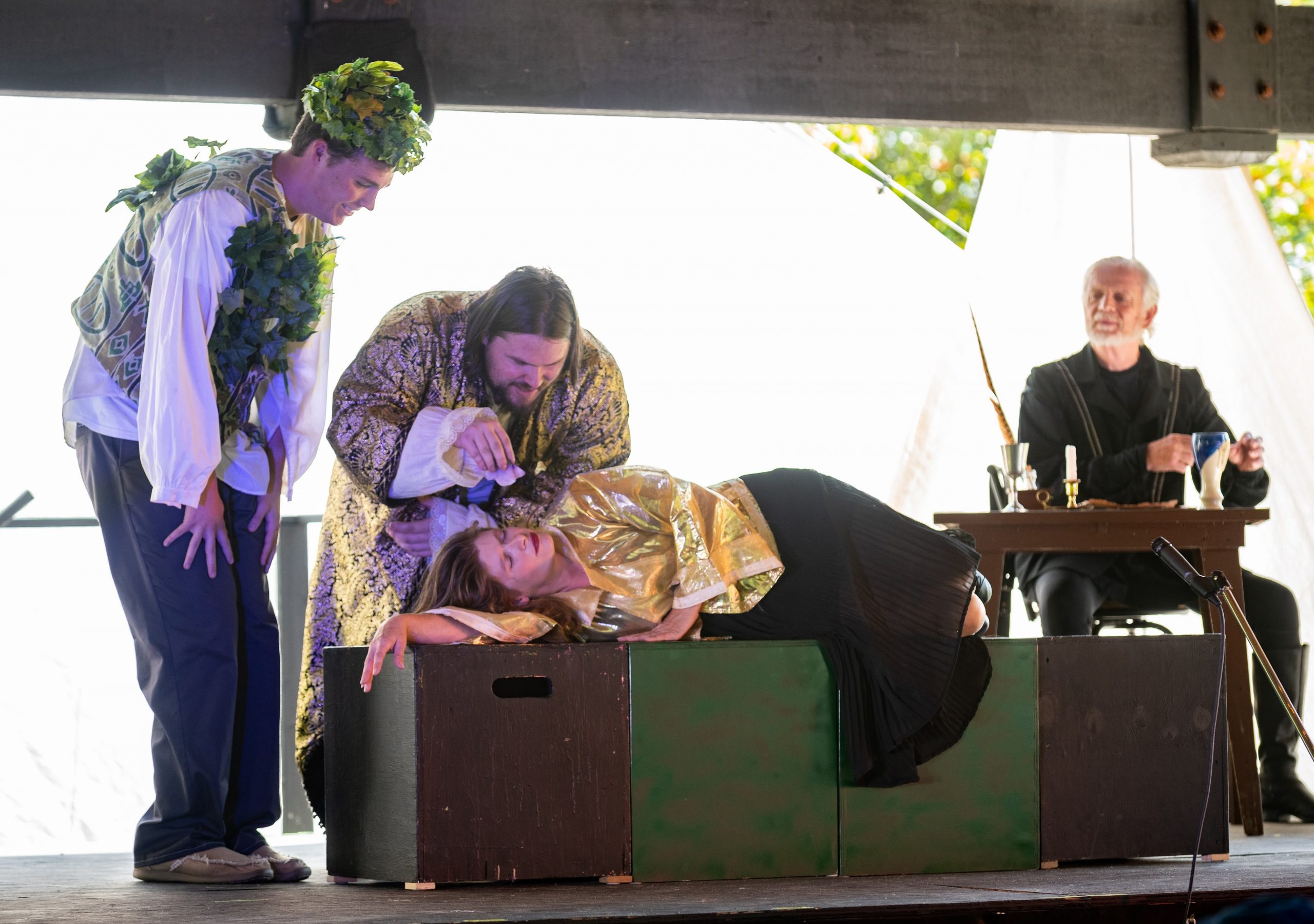 By Christina LippincottAugust 15, 2022No Comments

Considered by many a “problem play” for falling somewhere between comedy and tragedy, Measure for Measure is a tale of morals and humanity, justice and forgiveness—one that could happen in any place and at any time. It is a play deeply rooted in early 17th-century culture, but at the same time, it retains a powerful hold on the imaginations of modern readers. Join Shore Shakespeare for two performances of this most passionately discussed play Sept. 3 and 4 at Adkins Arboretum.

With the morals of the city of Vienna creeping lower by the year, the benevolent Duke Vincentio suddenly departs, leaving his self-righteous governor, Angelo, in charge. Suddenly, long-standing laws are strictly enforced and young Claudio finds himself sentenced to death for impregnating his fiancée. A plea for mercy from Claudio’s sister Isabella, a novitiate on the brink of taking her vows, may be his only hope.

Isabella’s words go unnoticed by the righteous Angelo, but her beauty does not. Torn between his attraction to Isabella and an unwavering loyalty to the letter of the law, Angelo agrees to pardon Claudio—but only if Isabella relinquishes her sacred chastity to him. Isabella faces an impossible choice: saving her honor or her brother’s life.

As it turns out, the Duke has not actually departed but is actually hovering about in disguise to monitor and manipulate the cascading complications that ensue when unforgiving justice is unleashed upon the bawdy, vice-ridden people of Vienna.

Though dark in subject matter, the play is rife with comic characters and outlandish scenarios, a dark comedy that borders on absurdity as each tries in their own way to navigate the space between civic justice and human mercy.

Performances are Sat., Sept. 3 and Sun., Sept. 4 from 2 to 4 p.m. in the Arboretum Pavilion. Attendees should bring a blanket or chair and are welcome to bring a picnic. Admission is $15 for adults, $5 for children ages 3–18 and free for children ages 2 and under and can be purchased in advance at adkinsarboretum.org or by calling 410-634-2847, ext. 0.

Founded in 2013, Shore Shakespeare Company is a pan-community theatre company dedicated to presenting the works of the classical theatre repertoire, with an emphasis on the works of William Shakespeare.